The Game of Life

“Leela is life itself,

energy expressed as the myriad forms

and feelings presented continuously to the self.” 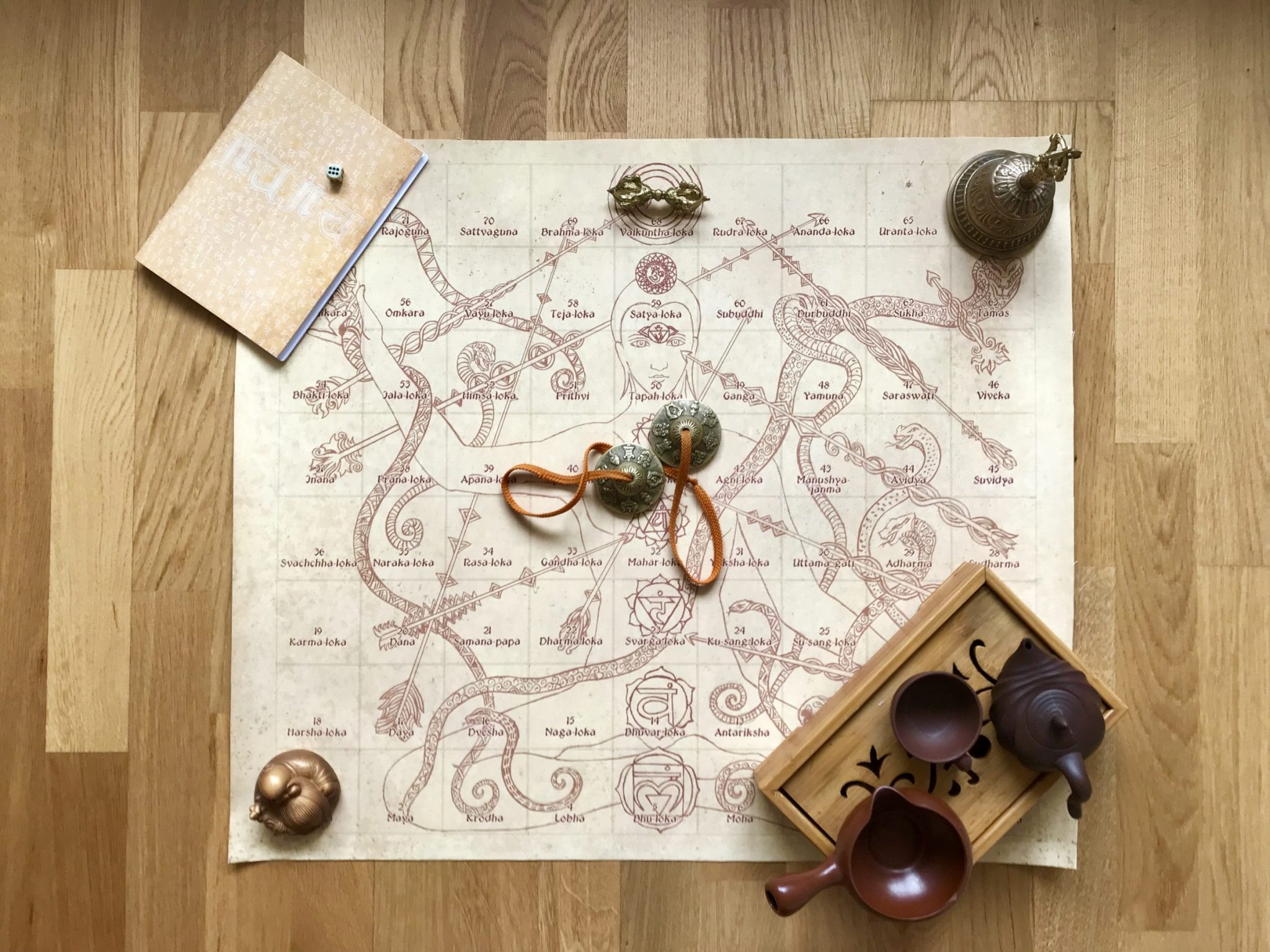 The purpose of Leela is to help the player gain this ability to with­draw from his identifications and see how he might become a betterplayer. For the game of Leela is a microcosm of the larger game of self­ knowledge. Contained within the seventy-two spaces of the game hoard is the essence of thousands of years of self-exploration, the heart of Indian tradition. As with all games, here too there is a goal, an object to be attained.

Because the essence of the player is his ability to identify, his only chance of “winning” the game is to identify with that which is his Source. This is Cosmic Consciousness, the essence of pure Being, which transcends time and space, knows no limits, and is infinite, absolute, eternal, changeless, the All, without attributes, beyond both name and f orm. The game ends when the player becomes himself, the essence of play.

Four things are necessary for playing Lia: the game board, a die (half a pair of dice), the commentary section of this book, and an object, such as a ring, that belongs to the player and is small enough to fit in the squares; this serves as the player’s symbol during play. The rules are simple. Each player places his symbol in square 68, the square of Cosmic Consciousness. One by one, the players throw the die and pass it on to the player on the right ( this conforms with the natural movement of upward-flowing energy). The first player to throw a six moves to the first square, genesis, and from there to the sixth square, delusion. Until a six is thrown, the player must wait unborn in Cosmic Consciousness. Each time a six is thrown, at any stage in the game, the player rolls the die again. When the player’s symbol lands on the base of an arrow, he moves the symbol upward along the shaft of the arrow to its tip. If he lands on the head of a snake, it swallows him and deposits him at the tip of its tail. In this way, egotism leads to anger and spiritual devotion leads to Cosmic Consciousness. Thus the player throws the die and moves back and forth and up and down the board, taking care to move through the squares in ascending numerical order.

About master of the game

Evgeny Zemlyanin is leading Leela game more than six years. During those years he introduced hundreds of people to this ancient knowledge in yoga studios and festivals. As well Evgeny was working on creating the design of Leela board. The last big accomplishment of his work was organized courses for those who wants to lead Leela game.  Evgeny was also one of the initiators for translating Lila’s commentary book into Lithuanian language. Every week there is a possibility to meet with Lila game. There are organized events where everyone is welcomed.

Lila - the game of life 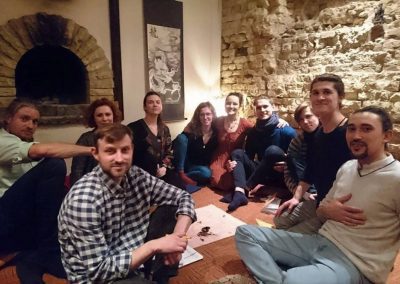 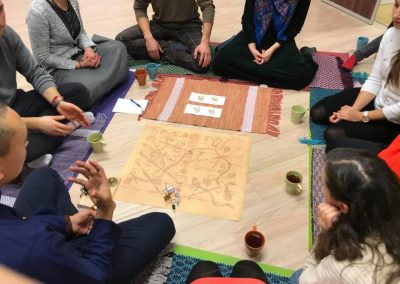 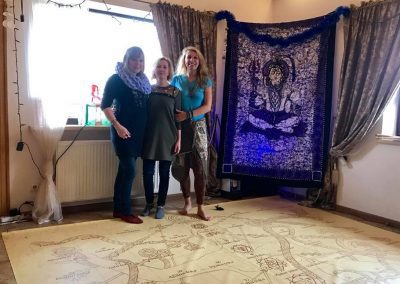 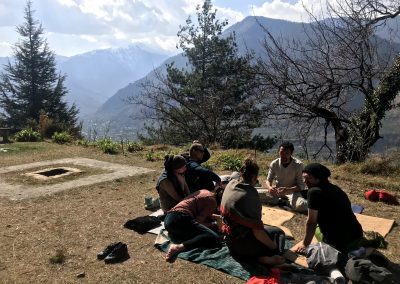 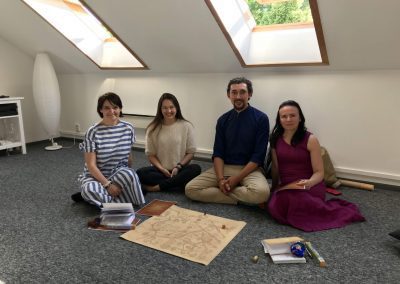 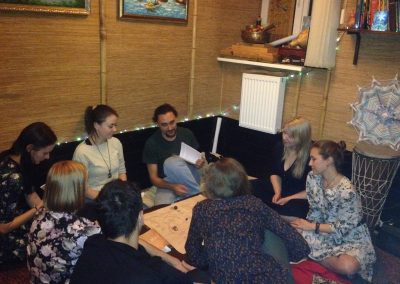 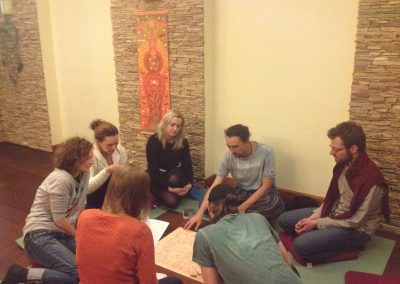 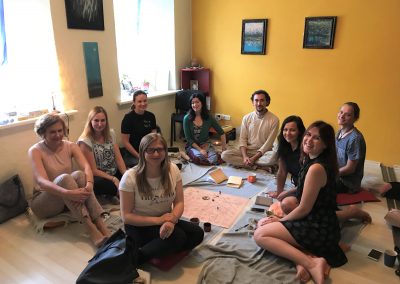 Feel yourself and your minds. Great experience for my age. I guess this game will be on my morning table . Just go with your heart .